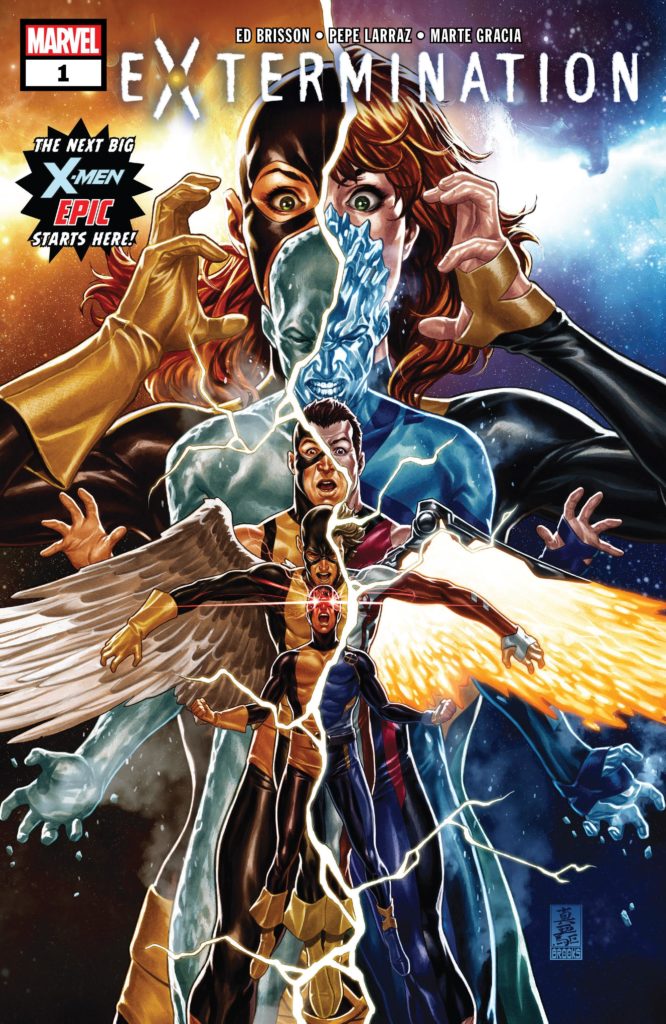 I’ve read X-Men comics for years. The story never changes. Mutants are hated, people want to kill them, and somehow the X-Men come out on top. But if this first issue is any indication of what’s to come, the X-Men may not survive the Extermination. It is also going to be done in a new fashion, like all major X-Men events.

Since April 2017, the X-Men were split into two teams, Blue and Gold. Blue team, for most of the series run, contained the original five X-Men: Cyclops, Marvel Girl, Iceman, Beast, and Angel, ripped from the past and placed in our present time. The Gold roster contained many of the surviving X-Men: Colossus, Storm, Nightcrawler, Gambit, Rogue, and Shadowcat, who is the Leader of the X-Men and Xavier’s school. It is a weird time for X-Men fans. But in February 2018, Marvel rolled out a third team, Red. This team is led by the resurrected, adult Jean Grey.

Jumping into Extermination is going to be a bit confusing for those who did not keep up with these three teams. There are several characters in this issue that you will not know because, keeping with X-Men tradition, there are characters from other times and universes. There is a mutant hunting hound version of Rachel Summers and a vampire version of Storm named, Bloodstorm. The reason I mention this is because two characters die in the first issue. I do not think that the impact will be the same for readers jumping into this issue without following the other three titles.

This event is bringing the three teams together and will end the three-team run. This means that there are going to be a ton of characters to follow in the story, but it all centers around the original five X-Men. Cable says that the hope was for these five to come to the future, see who they become, and grow to become better. Did this work? It is hard to say that they have become better. However, if these five survive the event and make it back to their time, the X-Men will be completely different than what we’ve read for years. 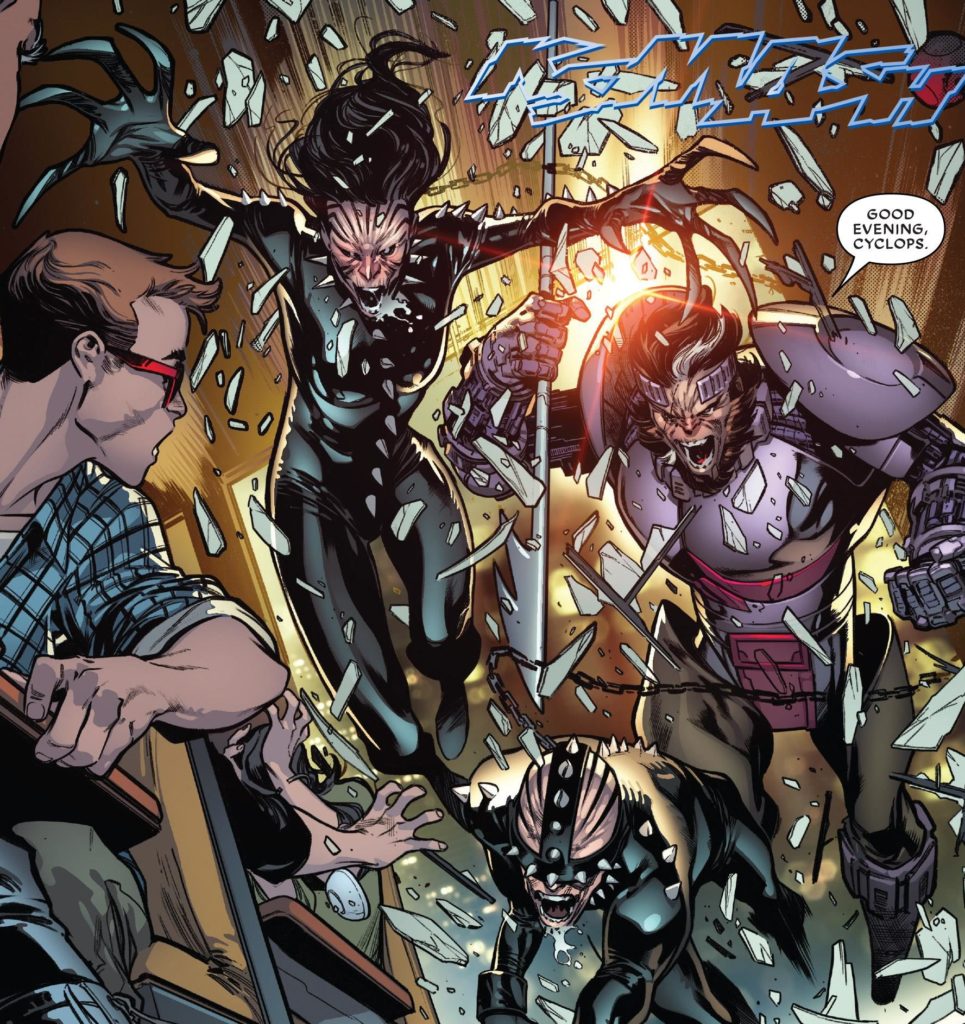 That being said, the five need to survive. This is going to be hard with two characters hunting them. Two other X-Men are killed in the first encounters with the hunters. One hunter’s name is Ahab, ironic because he is hunting an exotic species. He is the one who turned Rachel into the mutant hunter. He is able to teleport when the going gets tough and is unable to capture young Cyclops. I will not spoil who the other hunter is, but he/she is able to capture young Iceman. After body sliding (slight spoiler and teaser) to his/her hideout, he/she locks Iceman in some sort of capsule. It is very clear that the hunt is on for the other four original X-Men.

The story is very intriguing. I’ve been waiting to read the fallout of the original five X-Men being in our time. Also, we were told that not everyone is going to make it, the teams will be altered, and the future of the X-Men will be changed. Current Cable, Iron Fist, and Old Man Logan writer, Ed Brisson, takes on the task of containing many heroes and writing the new future of the X-Men. Brisson is very creative with his story, thinking outside of the box, but that’s not a surprise for anyone who has been following Brisson’s career. It is exciting that he is writing this story. The artwork in this book is crisp, colorful, and dark. Pepe Larraz, artist for several Avengers’ series and a few other titles, does a fantastic job of drawing how dark and threatening this story is going to be.

The Verdict
If you love the X-Men, you are going to want to read this five-issue event. It might be a little confusing jumping into this story if you did not follow the Gold, Blue, and Red titles. But hang in there. One thing X-Men comics do well, and Brisson does well, is give you enough backstory in the writing so you can follow. I love the X-Men. They were my first introduction to comics. This story feels fresh and exciting to read, and that’s saying something, considering how much has been done with the X-Men over the years. If you’re an X-Men fan, you’ll definitely want to pick this up!