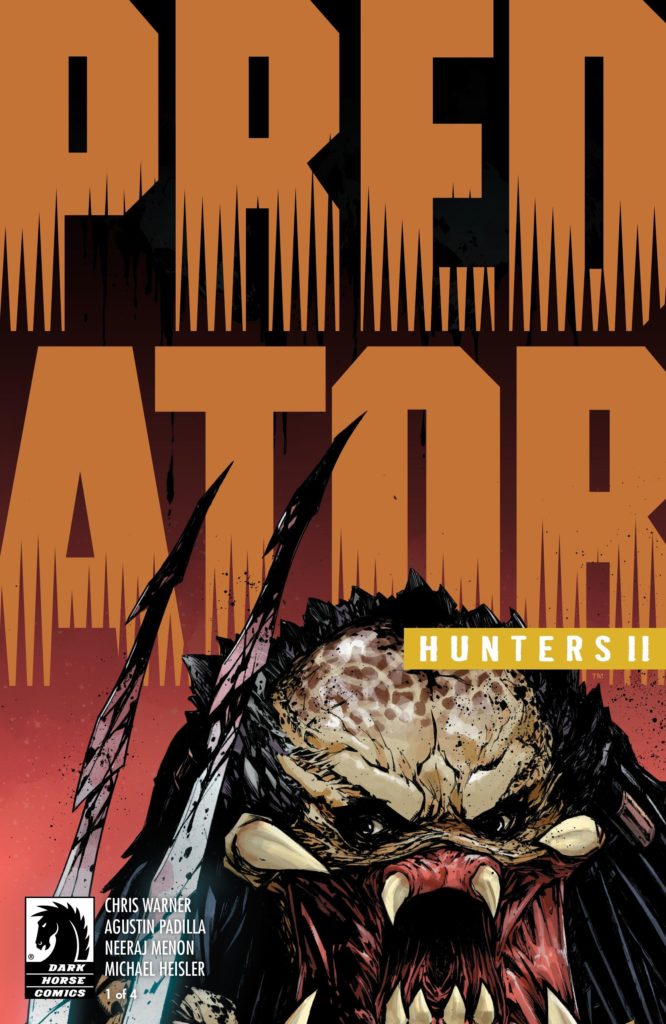 I’m going to start this review off with a confession…other than the original Predator film and those god-awful AVP movies, I don’t have a lot of experience with the Predator mythos. So when I picked up this book, I wasn’t sure if I would fully understand it. But I have to give the series this credit: It’s pretty easy to follow. I mean, as long as you know what a Predator is, you could jump in right now and not be too lost.

The series itself is a fun concept. It follows a group of individuals, each a survivor of a previous encounter with a Yautja (the technical name for the Predator race). They’ve formed a group that actively hunts the aliens, killing any of them that make their way to Earth. It’s a familiar flip on a familiar script; the hunters have now become the hunted. Yet even though it’s tropey, I still like the idea in this context.

This particular issue marks the start of the second volume of the series. It’s not the most action-packed or dramatic book, but it does a good job of setting the scene and orienting the reader. After a brief introduction, we find the hunters recapping their last mission and preparing for the next. A Yautja has been butchering terrorists in Afghanistan. Their job is to investigate. So they travel to Afghanistan, and…

That’s pretty much it. This issue ends shortly after they arrive. It’s brief, simple, and easy to follow, though maybe a little boring. Of course, we can’t have it all right away, and I’m sure there will be more action once they find the Yautja.

Apart from the story, the biggest thing that struck me was the artwork. It was dark, gritty, and dirty. The shading and coloring really pulled me in, and put me in the moment with the characters. However, there were a few blips. There were several moments where I was taken out, and distracted by the choices of the illustrators. Throughout the story, several of the characters appeared to have… sunburns? Psoriasis? Sudden attacks of embarrassment? I don’t know, but their skin was excessively red, and it was super distracting.

And when the Yautja showed up.  I don’t mean to nitpick, but… 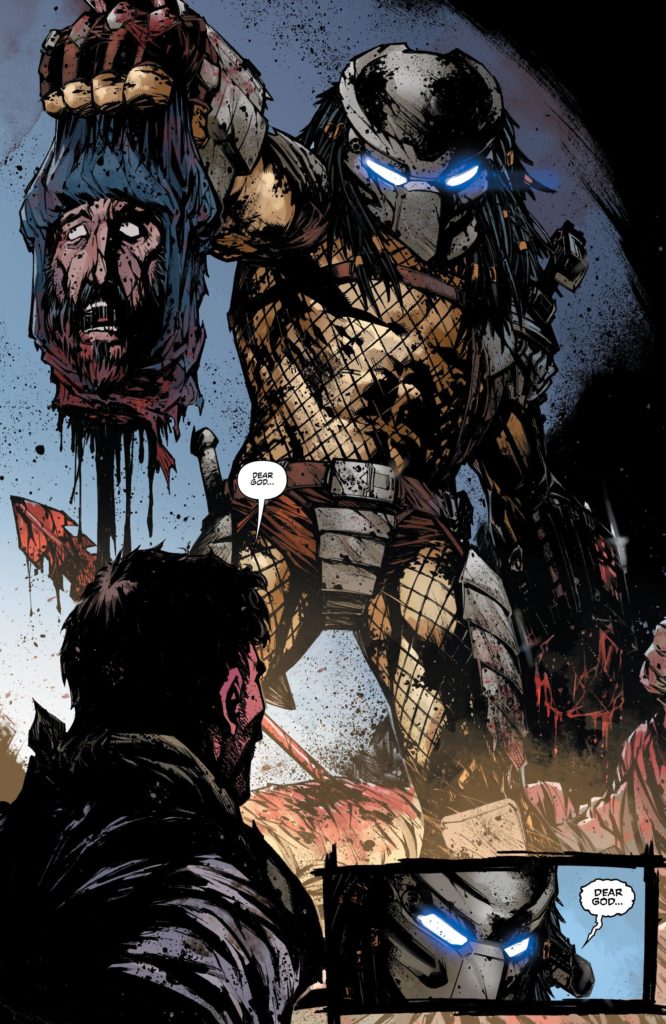 You can’t tell me he doesn’t look disproportionate. Top-heavy, one might say. Look, I’m sorry, but not even decapitating a terrorist makes you look intimidating when the top half of your body is almost as big as your welding mask.

So yeah. The artwork was the best part of this issue. Except when it was the worst.

Outside of that, I don’t have many qualms. The characters seemed solid, and I liked the strong female presence on the Hunter’s team. There was one annoying character (looking at you, Swain), but I’m pretty sure he was supposed to be. Swain is the guy that screwed up on the last mission, begs for a chance to redeem himself, then starts complaining and getting melodramatic about his job a half page later.  Still, I’ll save my judgement on him. Depending on how his character arc ends, it could make the aggravation worth it.

I didn’t hate it, but I didn’t love it. I like the concept, but this was definitely more of a set-up issue, and hopefully one that will lead to something bigger. In and of itself though, it’s not something to write home about. Or re-read. Or collect.

The artwork looks promising, if they can clean it up a bit. I’m not invested in the characters yet, but I could eventually be, but whatever.  As long as the Xenomorphs don’t show up, I’ll be fine.