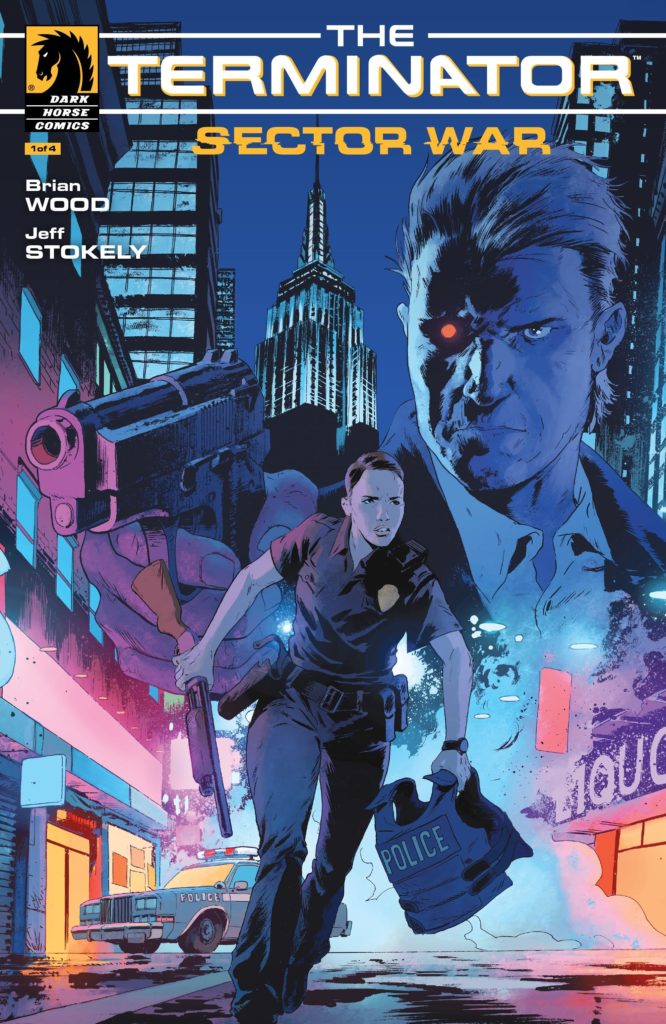 Nothing can ever top the quality of the original Terminator and T2: Judgement Day movies. After the more recent, lackluster additions to the franchise, I’ve grown weary of any kind of Terminator series release. My usual skepticism makes me think, “How are they going to water down these beloved characters and muddle the timelines now?” Luckily, Brian Wood’s The Terminator: Sector War #1 does neither.

The book is set in 1984 at the same time Arnold Schwarzenegger’s T-800 from the film is sent to terminate Sarah Connor. It follows the familiar beats of the original franchise: a blue portal opens in a back alley and a Terminator appears (nude of course), ready to hunt. This time the T-800 is sent to New York City to kill NYPD Officer, Lucy Castro. The T-800 is the same stoic, creature of not-so-many words that I’m used to seeing. Its design reminds me of Frankenstein with its pale skin, large head and bulky body and haunting red eyes.

Following the franchise’s theme of strong, female protagonists, Lucy is a force to be reckoned with. She offers a great juxtaposition to the initially innocent and naive Sarah Connor from the same timeline. Lucy is confident and independent from the get-go. When she first encounters the Terminator, she doesn’t hesitate to defend an innocent bystander and shoot the machine. She’s no stranger to precarious situations as she is a police officer, and she even has an arsenal of weapons ready to go at her apartment. However, she’s not perfect as its revealed that she is in a dead-end relationship with a loser, making her more relatable.

I am pleasantly surprised that this book takes me back to the noir feeling of the original Terminator. Jeff Stokely’s gritty artwork captures the griminess of the book’s 1980’s New York setting with his use of shading. Triona Farrell’s choice of dark tones like brown, blue and purple, pull me into the deteriorating conditions of Lucy’s neighborhood and the city, appearing almost like bruises. I especially love the cover art by Robert Sammelin of the night-time city skyline with a fearless Lucy at the center, springing forward into action. 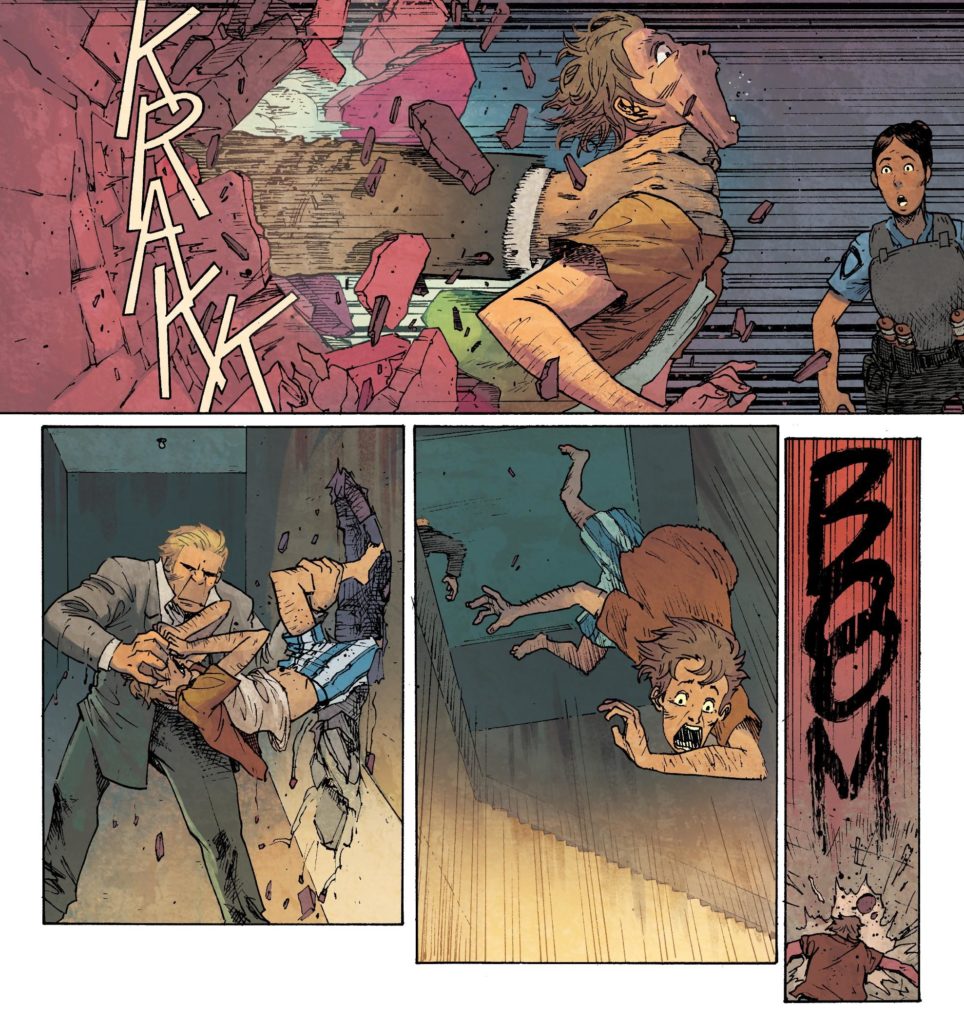 One thing I also really appreciate in this book are the small references to the original story. There’s a funny nod to the first movie when the T-800 demands clothes from a man in a telephone booth. Also, when Lucy enters the convenience store, the TV in the background mentions “Carnage in Los Angeles.” As a huge fan of Terminator and T2: Judgement Day, I happily geeked out to these references.

Although this first issue of Sector War follows the similar chase narrative of the classic Terminator film, the new setting and characters make for a refreshing change. There are still some questions to be answered though. What is Lucy’s role in the resistance? Will she eventually get help from other characters? Will they be from the present or will we get another version of Kyle Reese?

The Verdict
Even with all these parallels, the book somehow keeps from feeling derivative. The nostalgia hits all the right spots for me and the new characters have left me curious for more. This is definitely a worthy interpretation of the Terminator story and I highly recommend it.